Now in his 50th year of music education in Washington State, Stuart Hunt has an
Associate of Arts degree from Lower Columbia College, and a Bachelor of Arts and
Bachelor of Music from the University of Washington, studying conducting under Prof.
Rodney Eichenberger. He was Director of Choral activities in Quincy, Washington for 19
years and was Choral Conductor at Marysville-Pilchuck High School for 12 years. It has
been his privilege to serve over 15,000 students in Washington State.

For two years, he was a staff arranger for Warner Bros. Music, arranging the
Supersound series for string orchestra. His choral compositions are published by Hinshaw
Music and his sight-reading textbook, 4-Minute Mastery™, was published in 2014 by his
company, Northern Sound Press. In 2016, Tools For Conductors™ was added to NSP to
provide top-quality Assessments and additional tools to improve the skills of music
conductors and to provide essential tools in music education.

Mr. Hunt is past president of the North-Central Washington Music Educators, Mt. Pilchuck
region music educators and served 5 years as Pacific Northwest Repertoire and Standards
Men’s Choir Chair for the American Choral Directors Association. Since 2004 he has
served on the Skagit Performing Arts Council board, and conducts and voice coaches
musicals in Skagit County.

In 2002 Mr. Hunt formed the Northern Sound Choirs and Sonus Boreal, the Snohomish
County Womens Choir in 2010. Since their inception, they have performed throughout
Washington and Oregon States, for festivals, concerts and conventions.

Mr. Hunt is involved as an arts advocate; arranging school district arts conventions and as
a district consultant on arts programs. Active as an adjudicator, lecturer, clinician, and
independent conductor, he loves the choral art and works to promote it in a variety of
platforms. 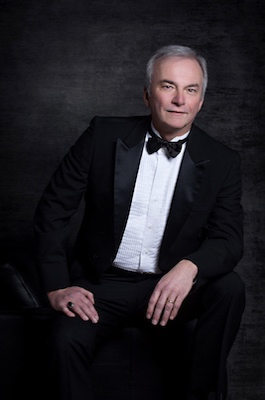 A product of the Seattle schools, Norm Wallen began his professional playing career in the late ‘60s, and performed as a sideman with a veritable “Who’s-Who” of high-profile professional entertainers.

Norm is a graduate of Central Washington University with degrees in Music Education, Music Performance, and a Master’s Degree in Music Theory and Composition. He was principal trombonist for the Yakima Symphony Orchestra for ten years, performed for four years with the Seattle Seahawks Orchestra, and also with numerous classical ensembles, jazz, rock, and show groups.

During his tenure as a music teacher, Norm has taught for the Seattle, Yakima, and Tumwater schools, and directed the award-winning Pierce College Jazz Ensemble. In 2005 he founded his own professional 17-piece big band, the Olympia Jazz Senators.

Norm Wallen has composed and arranged nearly 2.000 works, and was among the first composers anywhere to embrace computer technology. Well over half of his compositions and arrangements were written on professional commission, and many are published by his own company, Peerless Nerd Publishing.

Mr. Wallen is perhaps the most prolific and diverse composer/arranger in the Northwest. Performances by his school groups number in the thousands, with appearances at festivals and contests on all seven continents (including Antarctica,) in audience with the Pope, presidents, and in many of the most famous concert venues worldwide. His music has been a program staple at annual JEN, MENC, ACDA, ASTA, IAJE conference since the 1970s.

Since moving to Ellensburg, Washington in 2010, he teaches adjunct music classes for Central WA University.

Sonja continues to compose and arrange music and is published by UNC Jazz Press and Sound Music Publications. She was commissioned to write the 2006 and 2008 High School All-State Jazz Choir feature songs.

Dr. Smistad received her PhD. in Education and Specialization in Instructional Design
for Online Learning in 2013 from Capella University; her Bachelor of Arts in Education
from Pacific Lutheran University; her professional certificate in Leadership in
Technology from the University of Washington; and a Master of Education degree from
Lesley College.

From 1993 to the present she has written and implemented consecutive over-arching
music curriculum spanning K-5 grade levels at Stanwood Elementary. She advised and
instructed elementary and middle school music teachers in the Stanwood-Camano
school district using digital technology as a tool for music writing, sequencing, and
recording to support daily instruction in the music classroom and concerts. And she taught
staff courses in electronic portfolios and integration of technology into Google Slides.

In addition, Dr. Smistad has Specialized Training in: