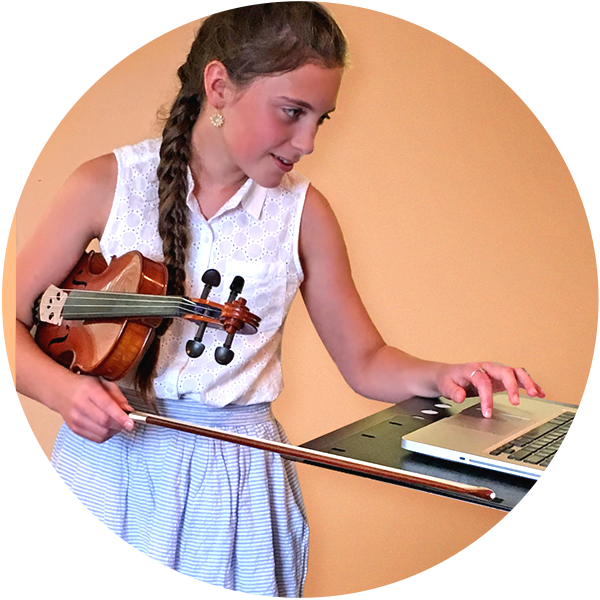 Assessing your orchestral students’ sight-reading and performance skills is one of the biggest challenges facing today’s music educator. For one thing, taking precious time away from rehearsal seems counter productive – yet it’s becoming ever more critical as administrators respond to public demand for greater accountability. Is there a more effective way to assess and document student achievement?

There is: You Won’t Miss A Beat™ Orchestra Assessments allow you to continue conducting your ensembles while we digitally assess your players individually. Three times per year, on a schedule of your choosing, your students leave the ensemble one by one, enter a practice room where you have set up a computer or laptop, take their assessment, then return to the ensemble a few moments later. Students receive instant feedback and the results are immediately scored, graphed, and available at your desktop to interpret and share with parents and administrators. Accurate assessments have direct benefits for your orchestra student, too: Knowing where they stand and how they’re improving can motivate them to practice even harder. When students see progress, their desire to learn more increases and your work load and stress levels go down!

Writing choral and band assessments is challenging, but string assessments operate at an entirely different higher level of complexity. Orchestral strings are expected to do the rhythms and ranges of the voice and wind instruments, with equal or far greater technicality, including at least an additional octave of range.

Bowings
Excluding numerous special effects, orchestral strings produce notes by either plucking the strings left or right handed (pizzicato,) or bowing (arco) in two general categories, on the string, or off the string. String players must recognize dozens of different bowings, other technique and expressive text in four primary languages, Italian, English, French, and German.

Multiple Stops
It is true a single voice or wind instrument under highly technical and advanced circumstances can produce more than one note simultaneously. Orchestral string instruments can produce four simultaneous notes with ease, and are expected to do so quite routinely. Double stops, triple stops, and quadruple stops have been in regular use for centuries.

Positions
String players learn different patterns of fingerings at different specific locations on the fingerboard, known as “positions.” It is difficult to generalize due to instrument construction, but seven positions are commonly recognized, notated by roman numerals. (I, II, III, IV, etc.)

The orchestral strings have three strings in common, G, D and A. Violins and basses have an E string. Violas and Cellos have a C string. Violin, viola and cello can produce a perfect 4th of notes in each position.  The larger bass can only produce a major 3rd, and thus “shifts” position differently, and more frequently to achieve the same result. Advanced string players eventually grow beyond the positions, utilizing the easiest fingerings for the passage, often including several positions. Thus, it isn’t productive to write assessments exclusively in “third position” for the entire string orchestra in unison, but various finger exercises can be approximated.

Basses
From the earliest beginning assessments on the four open strings you hear examples beyond unison/octaves, with C and E strings sounding simultaneously in “harmony.” Basses are the first to venture beyond first position as part of learning the primal scales, months before the remainder of the strings. The string bass is generally not asked to perform in various specific positions for the assessments.

This is not a string method book. There are no fingerings except in specific circumstances. There are no “traps” deliberately designed to confuse, but excluding finger-exercises, the assessments are not easily predictable.

Range in the orchestral assessments is typically less than two octaves, and limited to three octaves, not extending to the professional upper limits. Once the chromatic scale is introduced, it is utilized in any octave.

Ready to get started?